During and after my second year in law school, I worked for a small law office. One of my responsibilities was document drafting. I often drafted discovery documents – interrogatories, requests for admissions, and requests for documents – as well as letters and pleadings. A few weeks after starting work, my supervising attorney expressed alarm at the speed of document production — it was unusual. Clearly, something was wrong. He sat me down for a talk.

Back then, I was a master at Word Perfect Macros (yes, I’m dating myself — I still love Word Perfect). After repeatedly typing or cutting and pasting the same text, the same way, over and over, I decided to invest time into building macros that would automate the document drafting process. While there was some up-front investment of time to build the macros, accompanied by some risk of wasting time if the macros did not work, I was determined to automate. The only alternative was banging my head against the wall.

The sit-down with my supervising attorney went well.

In fact, my supervising attorney considered the resulting work product high quality. The documents across cases were consistent in format and structure, making them somewhat easier to read and digest. More importantly, the time savings from automating the mundane afforded me the time to read the case file and then use my legal brain to craft questions, requests, and pleadings that made sense and were thorough, on point, and extensive.

Recently, speaking to an attorney and friend about his use of technology, he said to me, “I don’t use technology and don’t really want to know about it.” By this, he did not mean there’s no place in the law for technology or even that he didn’t want his firm to use technology. He continued, “I would rather my paralegal or secretary use the technology, so I can focus on the practice of law.”

Whether attorneys or their support staff are the end-users of technology is based on attorneys’ preference. The point is that there is a difference between technology as an enabler of practicing law and the actual practice of law (see our article “Will Technology Eliminate Lawyers”). Legal document drafting is at the crossroads of this distinction, which makes it a tricky problem to solve well.

Almost two years ago, I met and began working with a baby-lawyer-turned-software developer and his software product development guru partner. We are the xMINIMUS core. The baby lawyer practiced law for five years. While practicing, he automated his practice in a fashion similar to what I have described and with the same goal – saving the wall from a head-banging. Of course, he has invested in more modern and cool technology (Word Perfect, to him, is a legendary and mythical beast that may not have ever existed). It is striking that, regardless of the technology, the problems are the same, and the people with some of the best solutions are similar in background, education, experience, and passion.

Returning to the tricky problem of document drafting and automation: the consistent feedback from lawyers about the state of today’s document automation technology is that while document generation works, the resulting documents are either not editable or, if editable, all of the data that’s been input is lost in the resulting document. For example, the holy grail of electronic court filing is to have documents that file themselves, putting an end to redundant data entry. Why, after all, should we or our staff enter party names into a document or matter management system and then have to enter the same data into an electronic filing or any other system a second or third time?

xMINIMUS has solutions to these problems. Our combined expertise in law and software means that we understand both the problems lawyers have and the technological solutions to those problems. We can assist you with client intake, case management, document automation, and a range of micro services tailored to your needs. Tell us what parts of your practice have become a time sink, and we can help make your practice more time efficient. You decide if you want to work less or handle more clients. Among other things, we can help with document automation, whether assisting you with your existing tools and process or using tools we have created. 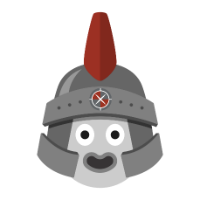